Going into the sixth week of the coronavirus lockdown, the concerns of the California wine business near the beginning of this year of a 200,000-ton oversupply of grapes seems like a memory to Dan Zepponi, CEO of Napa Valley’s Cuvaison winery.

At that time that equivalent of 15 million 9-liter cases too much of wine for the slowing trajectory of sales growth for the beverage overall in the past two years. By Zepponi’s rough figuring that overhang amounted to an extra bottle and three-quarters per U.S. adult per year.

“Talking to most of my friends and colleagues, we’ve already done that, I think we’re eating at the oversupply, and there’s a kink in the supply chain coming from Europe,” he said.

“The real issue that we’re looking at is after two, three, four, five weeks, if the stimulus package doesn’t really help people, we’ll just start tightening them tighten their belts,” Zepponi said. “And one of the first things to go is, obviously, luxury goods, of which wine could be considered one. But in good times and bad, people seem to drink wine. It’s that one little indulgence you’re doing at home with your family, and I think we’ve all seen that so far.”

For Napa Valley’s Far Niente Wine Estates, which also produces the brands Nickel & Nickel, Dolce, EnRoute and Bella Union, 2020 was shaping up to be a record-selling year, according to Steven Spadarotto, CEO.

“January and February numbers were the best we’ve ever seen, and we were staged to have the best first quarter ever,” Spadarotto said. “But it feels like we’ve been assassinated. From a cash-flow perspective, we came into this very strong, and while we’re trying to be extremely prudent on cash management, we’re trying not to overdo it, because you can overtighten and come out of this flatfooted.”

While Far Niente and Nickel & Nickel historically have been strong restaurant brands, and they’ve been hit hard with the steep dive in restaurant business, but EnRoute and Far Niente chardonnay have been buoyed by the jump in food store sales in the first weeks of the economic shutdown to slow the spread of the virus.

“The on-premise (market) scares me to death, and if restaurants have a hard time to come back, we may channel-shift to off-premise. It’s a strategic challenge we’ve never really had before.”

For Sonoma-based Don Sebastiani & Sons, maker of roughly 1.2 million cases under two dozen labels, the emphasis on off-premises sales means business as usual – kind of – as the portfolio retail pricing is positioned to range from $5-$20 a bottle, according to Donny Sebastiani, CEO.

While sales of wine and other beverage alcohol shot up in food stores in the two weeks following the March 15 recommendation from California Gov. Gavin Newsom to close tasting rooms, bars and restaurant dining rooms, the pace of such buying has been easing. North Coast vintners have said that doesn’t make up for their sales at such venues or for marketing wines for direct sales through their clubs or at stores close to home.

Sales of beverage alcohol for consumption off-premises for the week ending April 4 remained well above (up 25%) those of a year before a year, and year-over-year sales were up 32% for wine, 33% for spirits and 19% for beer, other malt drinks and cider, according to the latest Nielsen data. But alcohol beverage sales growth in stores slowed for a second week, up 3% from the week ended March 28, which were up 4% from the week before.

Though sales growth for all tiers of wine in stores up to $25 a bottle enjoyed double-digit growth from a year before, $11-$25 wines were doing better than $8-$11 wines, which were faring better than under-$8 wines, Nielsen said.

““The general premiumization trend that we’ve seen for a few years now has continued to this point,” said Danny Brager, senior vice president of beverage alcohol, in an email. He noted that average selling prices were up year over year by 2% for wine, 3% for beer and 1% for spirits.

And when taking in new data sets for alcohol sales through e-commerce (via Rakuten Intelligence) and direct-to-consumer methods (Wines Vines Analytics), Nielsen said the combined growth of off-premises was 30% in March from a year before. Nielsen noted that direct-to-consumer sales in March of $423 million amounted to over 20% of all off-premises sales for the month and were up 18% by value and 30% by volume from a year before.

“The March 2020 growth rates represented a significant turnaround from what had previously been a deceleration of DtC Shipment growth rates – which were down to mid-single digits in 2019 and even further reduced in the first two months of 2020,” according to Nielsen.

Vintners worries about oversupply could come roaring back with even sharper teeth because of the lockdown, according to a report released Thursday by the San Francisco-based industry advocacy group Wine Institute. Revenue losses for the nation’s 10,000-plus wineries and more than 8,000 winegrape growers due to COVID-19 could reach $5.94 billion on an annualized basis in 2020, says the analysis by longtime industry expert and executive Jon Moramarco.

“Despite recent news of consumers increasing wine purchases from grocery stores and other outlets, the impact of on-premise and tasting room closures plus projected declines in direct-to-consumer sales will offset any short-term sales gains when taking into account all sales channels,” said Moramarco, managing partner of bw166 and editor of the Gomberg-Fredrikson Report, said in the report announcement. “The COVID pandemic is altering consumer buying patterns in areas such as off-premise and e-commerce in ways that won’t be fully clear for some time.”

The scale of the estimated impact depends on which sales channels a given winery uses. Moramarco made the projections assuming that shutdowns affecting the key on-premises sales channel (restaurants, tasting rooms and hotels) start lifting in late May and half those sales bounce back in three to six months. Full recovery for these winery sales isn’t anticipated until three to six months after a vaccine for the COVID-19 vaccine becomes widely available.

Here are Moramarco’s predictions by sales channel for smaller vintners:

Direct-to-consumer sales such as clubs (long-term subscriptions) and allocation (availability via a mailing list) will slip 10%, or by $323 million.

Sales of wine picked up at the tasting room will plummet 80%, or by $3.0 billion.

Sales for off-premises consumption, such as from grocery or other stores will rise 10%, going up by $1.33 billion. He noted that some of the tasting room and on-premises sales shifted to stores with the shelter orders, but the initial jump in off-premises sales is trending toward moderation.

And Moramarco also foresees that at 25% drop in wine grape sales by smaller wineries that sell excess grapes from vineyards they own and for growers that sell to vintners. That would amount to a $1.40 billion hit to revenues for small wineries.

Cuvaison is positioned heavily toward on-premises and club sales, Zepponi said. And when tasting rooms, where many of the club memberships were sold, and restaurant dining rooms closed, Cuvaison and other North Coast vintners eyed working with restaurant take-out ordering they were limited to after the shelter-at-home orders promulgated through Wine Country and elsewhere in the state and country.

The winery reached out to local restaurants that carry the wine to see if a partnership could be reached in which the establishment would recommend the wine as part of the take-out order, under a temporary allowance by state regulators, then Cuvaison would deliver the food and wine directly to the consumer.

“It worked a little bit in the first couple of weeks, and then that died down, so you ask what else can you do?” Zepponi said. A number of restaurants he talked to about wine sales were mainly selling through their cellars, with few reorders at this time. “But it’s hard to find anything of scale. Right now, you’re taking care of your club on a concierge-type basis, so that they feel engaged.”

Club subscriptions have been keeping even, with signups about making up for cancellations. But social media has become more of a sales channel, Zepponi said.

“But it’s not a hard sell,” he said. That led to a whimsical Facebook video that grouped clips of winery executives in their homes looking like they were passing a bottle to each other, a la “The Brady Bunch” television series opening. “People are having their own troubles right now, but we’re here if you want it and to make you laugh, because it is a serious situation.”

Also helping to keep and add Cuvaison club subscriptions has been an offer started in late March to donate $5 from the proceeds of May club shipments to the Restaurant Workers Community Foundation, which is funding furloughed workers and providing zero-interest loans to restaurants to get back up and running.

According to legend, great Greek playwright Euripides said, "There really is no love where there is no wine." In...

Northern California Wine Country is one of the most beautiful places in the world. Sonoma County, Napa Valley, and...

Early this year, an average of 700 students per month attended Napa Valley Wine Academy classes, either in Napa or at... 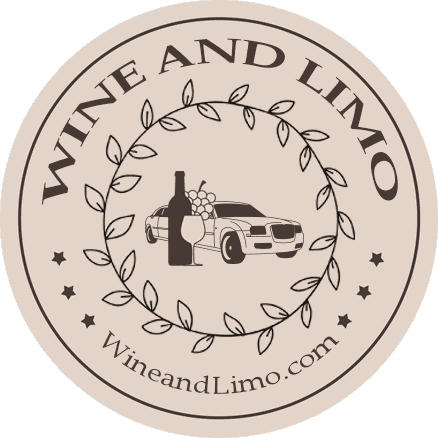